Fakeidman will focus this article on what happens getting caught with a fake id while trying to get into a bar or purchase alcohol. This is the most common concern when using a fake identity card.

Using a fake id for other nefarious purposes and getting caught can result in much different results.

Fakeidman does not condone nor provide help tips when committing such acts with your fake identification card.

Based on the three possibilities above of getting caught Fakeidman will go over what to do.

Doorman hands your fake id back and directs you to leave

Do exactly that and leave. While it might be humiliating, if others are in line to watch you take the walk of shame at least your are not in handcuffs. This is truly the best case result as you got to keep your fake id for another day.

Security confiscates your fake id and directs you to leave

What can one do? Making a scene will not change anything and can only make the situation worse. Walk away.

Door Security confiscates your fake id and calls the police

Going to try and cover this scenario in more depth. While it is the least probable result, it is the worst, and you need to know your rights and what to do.

First, lets answer the question. The bouncer looks over your id, is sure it is fake, and the ignorant management policy is to call the police. When this happens do your best to calmly walk away.

Most have the innate instinct to listen to figures one perceives as a person of authority unfortunately. However, grunts working at a bar are anything but people of authority and can not physically stop you from leaving.

Some cities do not even enforce the laws for fake ids.

Here is a few reality facts. From Los Angeles to New York City police do not respond to calls of fake identification of any kind! From using fake id to get into a nightclub or using a fake identity card to commit identity theft with a stolen credit card at a store.

This is due to sanctuary cities refusing to enforce laws and follow their own policies. For those that reside in a sanctuary state like California or one of the hundreds of sanctuary cities your worry of using a fake id should be zero.

When walking away is a success what to expect 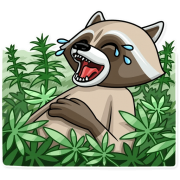 When you were able to get the hell out of there and avoid the police 99.9% chance that will be the end of it.

To worry officers are going to hunt you down for what will result in a fine or probation is laughable. Police know due to the pettiness level more than likely will be outright rejected by the District Attorney to prosecute. They have much more pressing crimes to focus on.

Police handle calls to emergencies. Once you leave the scene, if pursued must be turned over to a detective division. Detectives work on a budget focusing on the worst cases taking precedence. Same as the DA office mentioned above.

Now, where do you think a teen in the possession of a fake id trying to get into a a bar falls in the stack of cases to pursue? Lets be real about this and rationalize with common sense.

Fakeidman could go on about this, but it would be more fantasy land talk than reality based of any chance of something happening.

Having an issue walking away: 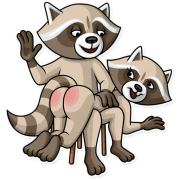 This should be a non issue as it could very well end in the establishment losing their license to operate. For the sake of argument we will go over such a scenario to again let reality prevail.

Never can an employee put their hands on you for any reason with two exceptions.

First, prevent, or stop harm to another (bar fight).

Second, to escort out a patron who has been asked to leave and refusing to do so. This must be done with the least required amount of force. When not an immanent threat to other patrons the police should be called to remove the patron.

However, many times the steroids or ignorant rage takes over the weak minded and security takes matters in its own hands. Fakeidman has watched countless videos posted online of bouncers assaulting or using excessive force on a patron. If only the one who took the video exchanged numbers with the assaulted patron. Split the payout as you would have no issue finding a lawyer to sue the establishment and squeeze a nice sum out of their insurance company.

Turning the table on the establishment: 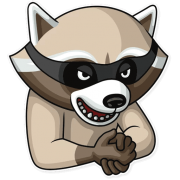 For your information it is illegal for any employee to restrain you from leaving. Doing so falls under charges of assault and false imprisonment with the establishment liable for damages.

This would be an outrageous act of an employee which should never occur. However, if anything of the like starts to ensue ensure someone with you is videoing. With video the he said, she said, is out the window. You have a rock solid lawsuit that numerous lawyers would take on contingency to sue the bar into the hole.

This scenario is way out in left field and you have a better chance of being stuck by lightening then it coming to fruition. Lastly, I would ensure to fall (making it look real), if one has their hands on you. Claim a back injury requesting medical attention of an ambulance. Back injuries are the hardest injuries to prove real or not in the medical field.

Buying liquor in store with a fake id:

When it comes to buying alcohol from a liquor, convince, or grocery store the advice above is pretty much the same. Grocery stores are much easier for successfully buying beer. Checkers are never trained in detecting fake ids.

Where you might have issue are in states where the state actually operates the hard liquor stores. At the time of writing this Fakeidman does not know, if state operated stores can scan your id card against the states DMV database. Anyone reading this and can answer the question please leave a comment below it would be much appreciated. In the meantime, if you do not know I would not use a fake id at said state stores.

Corner liquor or grocery stores are not going to chase you, when you walk out in the unlikely case they call the police. 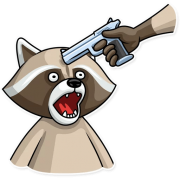 When you are having night terrors of being arrested, life ruined, and shacking up with a cell mate with homosexual urges. You might consider waiting until you are 21.

For some no amount of reassurance will calm those who are not rational thinkers. That even if you do get caught with a fake id it is such a petty offense with a worst case tap on the wrist.

Using a good quality fake id the first few times takes confidence. Practice with a friend quizzing you with your friend in the role of security. Ensure you got it down packed without hesitation or stuttering.

Include in your practice refraining from nervous actions it is vital to come across relaxed. Security (if trained) looks for this when in front of them and waiting in line. Underground-Review has a really great guide for learning how to beat the bouncer, if you would like to learn more. 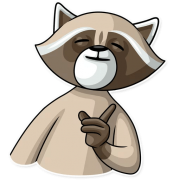 Memorize the data on your license down to the Zodiac sign of the month you were born. When you pass security do not cause any problems inside. Be smart and responsible and you will have years (ahead of scheduled) of good times out.

The quality of your fake id is paramount to make this article subject as moot of an issue as possible. Remember fake id cards are custom made and bargain shopping does not apply.

Even good fake ids can be cause for suspicion when you provide a subpar cardholder image. Make your picture quality as priority number one. Find a good fake id maker by doing your due diligence. The id maker you pick will make all the difference in the world as the quality among makers greatly differs.

Your fake id stories or questions can help others 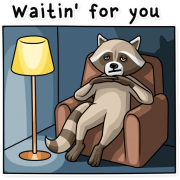 This is a real website about fake ids and not the pretend fairy tale review sites with fake reviews. By being such Fakeidman’s experience is that real customer reviews do not flood the comment section. Honestly any fake id focused website has a better chance of winning the lottery, than a visitor posting a genuine review or story.

Knowing the above please consider contributing?

Fakeidman welcomes any contributions on this subject or personal stories on the subject by submitting them below.